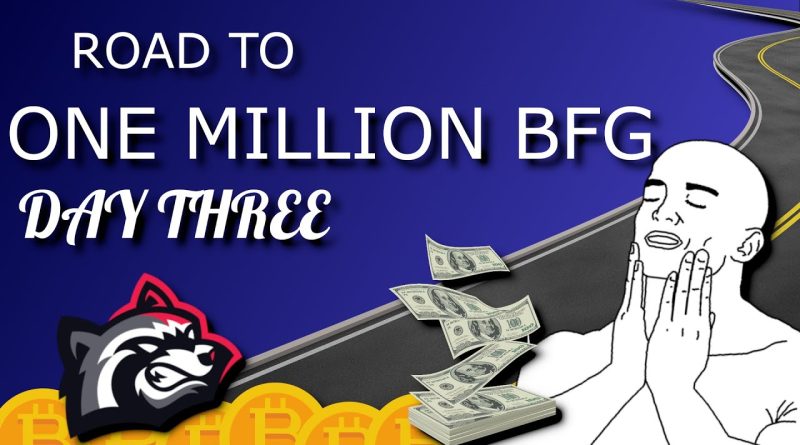 This strategy gives me hope that I can make one million BFG in less than a month. I’ve made a total of 86K BFG in three days. Let’s see how it goes!