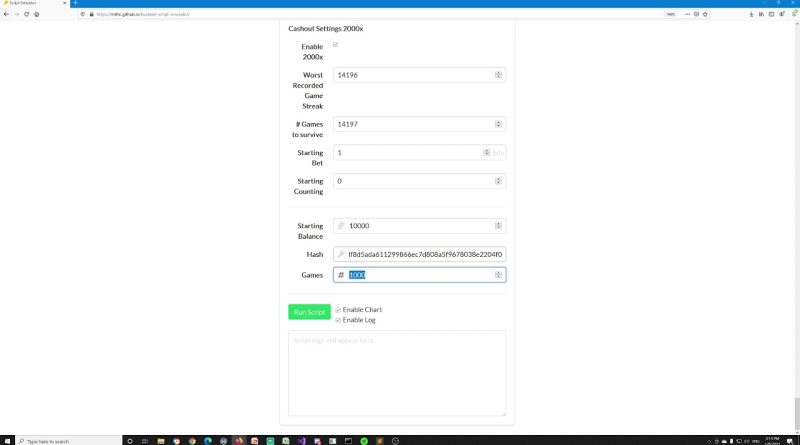 What everyone has been waiting for . An update on my Analytics and ROI of the MC script and compared to the generic activation script which is free.

This script will go on sale in 24 hours. To get a copy you must be on my discord at the moment and the instructions for purchase will occur.

2 thoughts on “Bustabit/EtherCrash – Multi-Chaser Script Analytics and ROI. Passive Income From 25%-170% per month.”